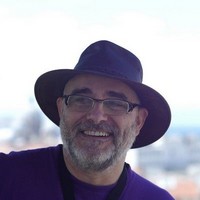 Since September 2013, when Daniel launched web-eau.net, he has written more than 500 blog posts, tutorials and other resources mainly about Joomla and its ecosystem in order to promote access as many people as possible to the knowledge and creation of websites. He has also been very involved in the Joomla community since 2014.

When he's not writing an article or being immersed in the code of a Joomla extension, Daniel devotes his spare time to astronomy, growing his bonsai trees, wine and whiskey tasting, hiking and television series.

How To Create A Small Business Website On A Budget

How to Create a Pure CSS Masonry Portfolio?

Templatejoomla.com, everything you need to know about this new project

How to create a powerful blog footer in Joomla 4?

How to add a pagination to a Joomla module?